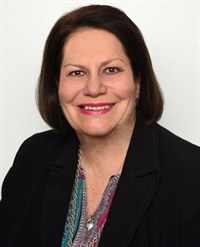 South Africa is largely regarded as a safe haven in Africa. In fact, many foreign companies rely on South Africa (with its relatively well established manufacturing base and rising middle class) not only as a primary market for their wares, but also as a springboard into the rest of the sub-continent – and UK companies, in particular, should be taking up this opportunity. Why, you might ask?

Well, for one, South Africa – UK trade relations have been in place for centuries. Given South Africa’s history as a British colony, doing business with local companies in the country is relatively easy for you. We share a language, almost the same time zones, a similar legal system, common business practices and a world-class banking infrastructure, and despite the rumblings, South Africa still has a relatively stable political system.

It is therefore not surprising that the UK is one of the largest sources of foreign direct investment (FDI) to South Africa. Some 30% of the UK’s total FDI over the years has found its way to this country, accounting for 46% of South Africa’s total global investments. During the last decade, close to 200 of South Africa’s big FDI projects have been from the UK. (South Africa currently ranks 25th in the FDI Confidence Index with its FDI inflows having increased by some 38% in 2016.)

At the same time, around 50 FDI projects from South Africa were recorded in the UK, making the UK the biggest destination in Europe for South African investment.

South Africa is also the UK’s largest trading partner in Africa. The value of South Africa’s exports to the UK, however, is almost 46% more than the value of its imports from your country – so there is some catching up for UK companies to do. South Africa is currently the UK’s 27th largest export market and the UK’s 36th largest market for imports.

The UK is an important purchaser of South Africa’s precious metals, vegetable products, prepared foodstuffs, machinery, iron and steel products and vehicles. For example, 20% of South Africa’s exports of wine and 30% of the country’s fruit exports find their way to the UK annually. On the other hand, South Africa imports a wide range of products from the UK with capital goods (machinery), vehicles, mineral products and prepared foodstuffs making up the lion’s share, and speaking of lions, there is no better place than South Africa to savour the bushveld, wildlife, sunshine, glorious scenery, good food and wine, and warm hospitality while conducting business.

We look forward to helping you grow your business with South Africa and beyond.