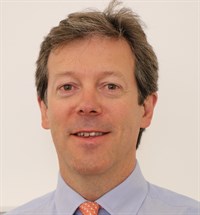 If your company is serious about Africa, then you’ll want to take a serious look at South Africa.

Notwithstanding some well-documented current challenges, this remains the most developed and sophisticated economy in Africa, accounting for nearly a quarter of the continent’s GDP. It has the best infrastructure in Sub-Saharan Africa and, though the competition is hotting up, it remains the strongest business services platform for companies looking to operate in the rest of the continent. The Johannesburg Stock Exchange (JSE) is among the top 20 exchanges in the world by market capitalisation. The banks and wider financial services sector are world class.

Coupled with a shared history, similar time zone, the English language and familiar legal and regulatory systems, it’s no surprise that South Africa has long attracted investors from the UK. Indeed, despite increases in Chinese investment in the continent, over a third of all foreign investment in South Africa still comes from the UK.

South Africa also remains the UK’s leading trade partner in Africa. In 2015 alone, UK exports to South Africa amounted to £4 billion, and the value of annual two-way trade between UK and SA is now some £10 billion. UK exports to SA are dominated by manufactured products and services including financial, telecommunications, transport and intellectual property. SA exports to the UK are dominated by commodities, manufactured goods, agricultural products and business services.

We’re invested in South Africa for the long term, and we’re committed to continue to seek ways to boost trade and investment in both directions. Our Department for International Trade team, based in Johannesburg, are spearheading this effort, in partnership with the British Chamber of Business here

If you’re not already part of the South Africa story, why not take a look?