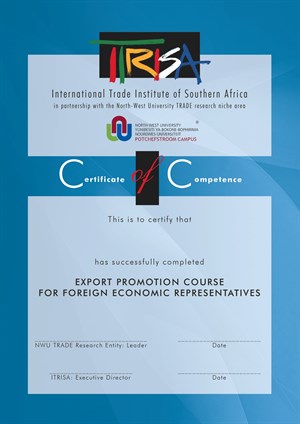 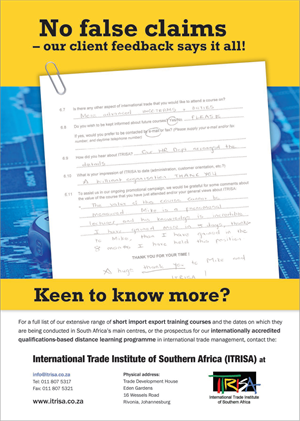 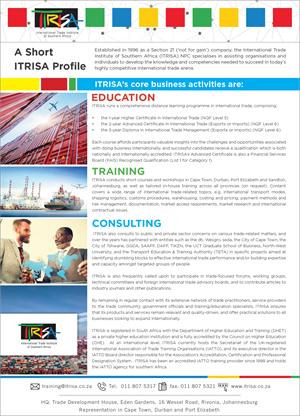 Despite having been at the forefront of international standards setting in the import export arena for many years, and leading South Africa’s efforts to up-skill its trading community for several decades, the International Trade Institute of Southern Africa (ITRISA) has gone quietly about its business in South Africa evoking little fanfare or media attention.

With a small permanent staff complement, ably supported by a wider network of sub-contracted assessors, trainers, and consultants, this small, non-profit powerhouse has since the mid-1990s offered a wide range of training, education and consultancy services aimed at assisting governments, organisations and individuals – not only in South Africa but around the world – to develop their international business capabilities.

…a globally accredited, registered provider of higher education and training in South Africa 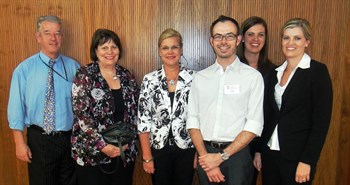 Accredited in South Africa by the Council on Higher Education and registered with the Department of Higher Education and Training (DHET) as a local, private, higher education institution, the Institute offers a number of qualifications at National Qualification Framework (NQF) Levels 5 & 6. Courses preparing candidates for these qualifications are delivered via the distance education medium and consist of a variety of subjects (including international marketing, logistics, finance, law, economics, and management) offered at different levels (Certificate, Advanced Certificate and Diploma), and offer different specialisations (imports and exports).

ITRISA launched its first private-public partnership in the early 2000s when it entered into a licensing agreement with the School of Economics at North-West University (NWU), following the graduation in Export Practice of two of the university’s professors who had registered on the Institute’s distance learning programme. The licensing agreement has given NWU the rights to use eight modules of ITRISA’s study material, as well as to receive ongoing tuition support for its faculty. The availability of these modules (which are updated twice annually) saw the launch of the university’s highly acclaimed B Com (Economics & International Trade) and B Com Honours (International Trade) programmes, with the number of students selecting the international trade option growing exponentially over the years. Based on their reputation for securing employment, these specialist qualifications attract hundreds of students each year. The success of the ITRISA-NWU relationship has led to the university collaborating with ITRISA in the execution of government projects, the most recent of which involved the training of dti Foreign Economic Representatives before their deployment to foreign lands. 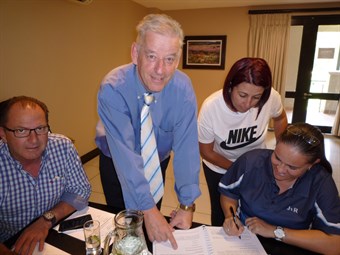 ITRISA, having chaired the UK-headquartered International Association of Trade Training Organisations (IATTO) for six years, and been represented on the IATTO Board since 1993, has established itself abroad as a leader in international trade training circles.  Appointed in June 2007 as IATTO’s only agent on the African continent, ITRISA is currently Africa’s only IATTO-accredited training and education provider. The significance of this is that the Institute is ideally positioned to prepare individuals for IATTO’s new global professional designation, the World Trade Professional (WTP). As part of the international team behind this initiative, the Institute is currently one of only three organisations worldwide whose training programmes are closely aligned to IATTO’s minimum standards. That is not to say that ITRISA will not have work to do in order to achieve full compliance. However, it subscribes unreservedly to the global standards and has already started closing the gaps between these and its own educational offerings.

ITRISA has for some time been at the helm of IATTO’s international Accreditation and Certification System. It has thus been called on periodically to assist, e.g. Canada in the early planning stages of the ‘Forum for International Trade Training (FITT)’; New Zealand in the establishment and later accreditation of the ‘Export School of New Zealand’; and the Swedish Trade Council in the provision of local content for an international trade management programme conducted by Swedish training company, ITM Worldwide.

ITRISA’s international trade contact training programme consists of focused short courses and workshops that are offered on a regular basis to the public at large in Johannesburg, Cape Town, Durban and Port Elizabeth. 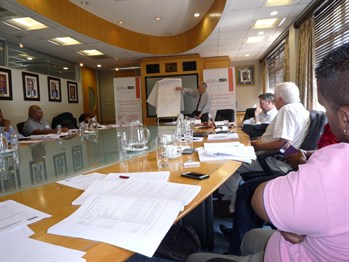 ITRISA has also been heavily involved in qualification scoping and unit standards generation in the fields of exports and supply chain management for the Transport Education and Training Authority (TETA).  It was part of the team which developed the initial unit standards for exports, supply chain management and freight forwarding, and of the consortium commissioned to write generic training material against those standards.

It is not surprising then that the Institute is an avid supporter of the South African Association of Freight Forwarders’ ongoing efforts to raise the profile of the local freight forwarding and customs clearing industry. This support manifests itself in the Institute’s involvement in the selection of the South African candidate put forward for the annual, global Young Freight Forwarder of the Year competition organised by FIATA (the International Association of Freight Forwarders). In 2012 and 2013, not only did the SAAFF candidate win the regional Africa and the Middle East contest but  also brought home the global title! ITRISA has also been assisting SAAFF with the alignment of local qualifications to their FIATA equivalents.

The broad-based nature of ITRISA’s activities brings the organisation into contact with an extensive network of trade practitioners, service providers, government officials and training/education specialists. This has contributed significantly to the Institute’s practical grasp of the local and international business environment, and the organisation’s sensitivity towards the special challenges currently being faced by local concerns (specifically SMEs) which are having to deal with increasing levels of competition and/or are looking to expand into foreign markets.

Over the years, ITRISA has participated in a number of government-driven projects aimed at boosting the trade capacity of local businesses. These have included inter alia:

The ITRISA team has also produced Trade Fact Sheets, articles for various trade-related magazines, blogs and the Business Blue Book; and presentations that have been delivered at countless international conferences in countries as diverse as the US, Estonia, Greece, Zimbabwe, France, Israel and Sweden. 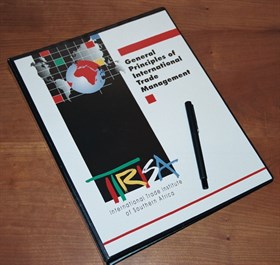 Apart from drawing on its extended family of trade experts, ITRISA also partners with other entities in South Africa to, inter alia, offer specialist services to companies in the automotive field, offer specific market research in other African countries, undertake events management anywhere in the SADC region and more.

Beyond South Africa’s borders, ITRISA has trained personnel for BASF in Kenya, conceptualised a trade training strategy for the Botswana International Trade Centre (BITC), and will shortly be building export capacity within Swaziland’s farming community on behalf of the country’s National Agricultural Marketing Board (NAMBOARD). It has also been approached to train personnel within the Reserve Bank of Zimbabwe on international payment methods and derivatives to enable the early detection of fraudulent activity. 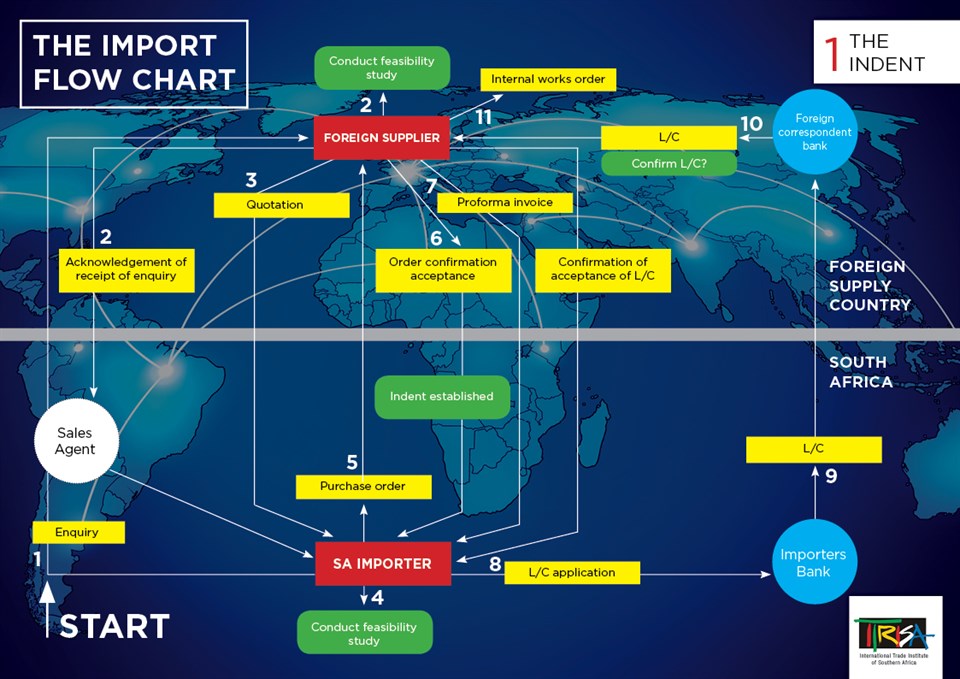 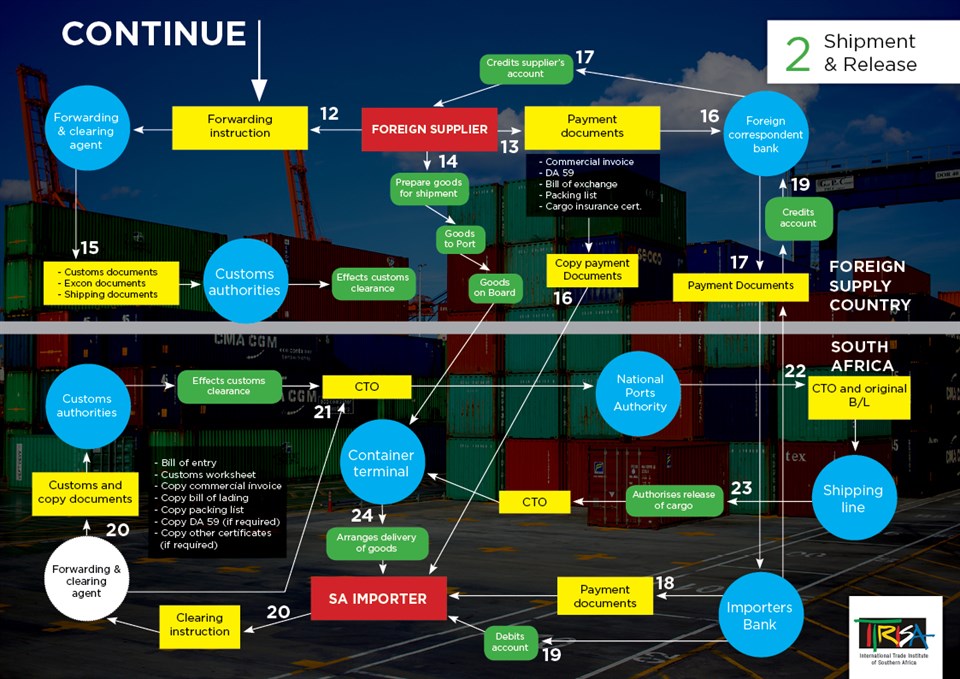